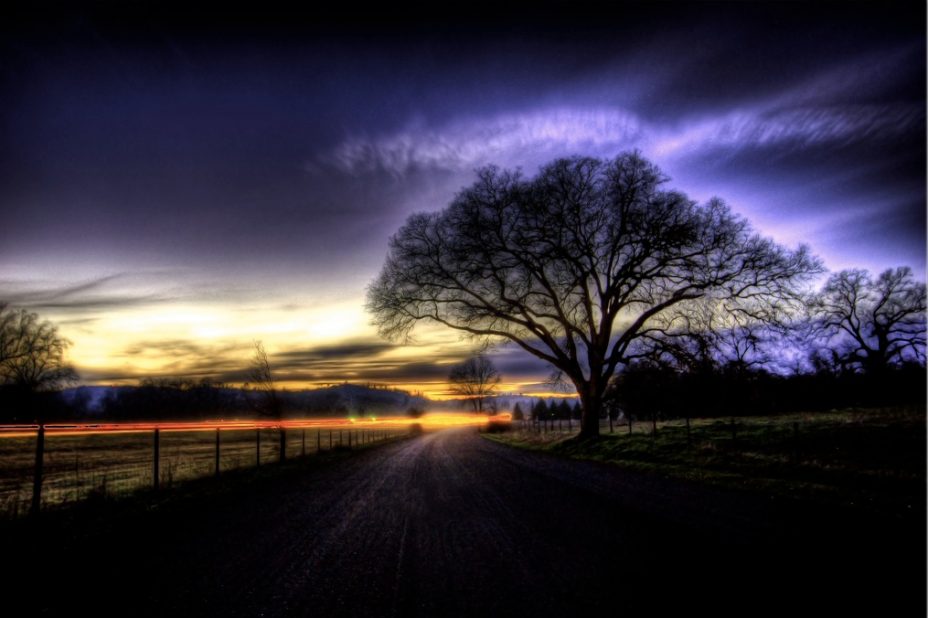 Kadamb reached down for a chunk of earth. Dry and brittle, it gave way easily to his practiced fingers, and the re-pulverized bits sifted back down to where he had disturbed it.

This was the place. Here.

It had been a long time coming to this spot. Like his father – and his father’s fathers long back – Kadamb had been alive for far longer than most men had leave. And while British Columbia had been good, and the Assam Valley rewarding, this place had more potential than any he’d seen in quite some time. And it helped that the locals already had an affection for Kadamb’s customary starter.

He stretched his lean form in the pre-dawn chill. It had hit the freezing point overnight, and a faint patina of frost was showing on the scrubby grass at his feet. The deep, deep blue-black of the night sky was already tinging towards indigo in the east, so he reached deep into his pocket and pulled out a single hickory nut. It was nearly ready to split – his arrival at this spot, at this time, was fortuitous.

As always, his knuckles popped and groaned at the labor of scooping out the small well of earth. It wasn’t strictly necessary to do this, but he loved to take his time with the things that he could afford to. He placed the nut gently in the well, aligned it to the ley line that stretched its way directly through this field, and then, almost as a sort of rude benediction, spat on it. He stared for a moment, ensuring all was as it should be, then pushed the dirt back over top the nut.

He heard a bell tolling, and nodded, appreciatively, at the dramatic underscore. He could just make out the gray stone walls of the Conclave at the top of the hill, and Kadamb knew that, despite the views of the occupants there, the place – this place would be holy. Perhaps in spite of them, perhaps because of them, he didn’t know. But regardless of that, he knew that this moment was a resonant moment. Ripples flowed outward.

As the bell rung for Lauds, Jude raked the last of the leaves from the exercise yard, and went to return the rake to the maintenance shed. He glanced at the rings, swaying slowly from a brief gust of wind, and shook his head sadly. He hadn’t thought about Tristan in a while; he’d been a bright young man, with a full life ahead of him. Such a waste. But then, the life of a potential Antichrist was bound to be … abbreviated, in some fashion.

Just as he got to the shed, a flash of royal purple on the ground caught his eye. He stooped to see an aster blooming right at the corner of the shed. The sight of the star-like flower held his attention strongly enough that he nearly didn’t hear the Deacon calling his name from the doorway to the courtyard. The Deacon, not used to having to repeat himself, harrumphed a bit and tried again.

Carlos tried turning the bolt once more, but it still wouldn’t tighten. Probably stripped, he thought, and gave it a kick for good measure. The vibration caused the flower petals on the float to shudder ever so slightly. The Mayor’s parade float had to be just so, or else the Mayor’s Secretary would have his hide. Eh, a little epoxy on the back of that bolt, and it will be just fine. He scribbled a quick note for Arvid to take care of it. It’d been a long night, and with the rising of the sun, it was finally time for bed.

With a curse, the Mayor’s Secretary slammed down the phone. Every single person she’d called that morning was either dragging their heels, asking for too many concessions, or just, plain obstinately saying, “No.” The kickoff for Hickory Days was just hours away, but the rumblings of unrest among the dogfolk were getting the vendors skittish. Hell, Sandra, of all people, had expressed some doubts about the week-long celebration, particularly “in this economy.”

Of course, “this economy” was nothing like how bad things had been in the ‘30s; the Secretary had made absolutely sure Hickory Days kept its rightful place then, and she sure as hell wasn’t going to let some whiny, over-privileged moderns take it away now. Not with so much at stake.

An idea popped into her head. She rolled it around a bit, got a sense for the flavor, then nodded, reflectively. Her left hand picked up the jade princess phone from her desk, while her right hand deftly flipped through her Rolodex. She dialed a number, and after a short time, it was picked up.

“Never mind who this is or how I got this number. I’ve got a job for you; name your price.”

She didn’t care what the price was. Still, $5.99 for a large bag of pretzels just seemed expensive. It’s not like she could even really eat them. She’d decided that her status was “pretty-much-dead”, and apparently, the pretty-much-dead don’t digest things well. Or, like, at all. So, she’d take a handful of pretzels, chew them up, suck up as much sodium from them as she could (wanted to stay as well-preserved as possible), then her pretty-much-dead self would just spit them into a trashcan or passing ladies’ handbag or something like that. She’d learned not to just upchuck on the ground or something, because Dog had a habit of going after it, then, and too much salt just isn’t good for pooches; particularly ones who are only a step up or two from pretty-much-dead.

Still, she handed the cash over to the guy behind the counter at the convenience store. She wanted her pretzels, dammit. Guy took the money, but fumbled with the change. Rather than the usual, “Have a nice day, ma’am” crap, he was staring at the doors to the store, slack-jawed and mouth-breathing like he’d forgotten his nose had a purpose.

She cleared her throat to get his attention. He blinked and said, “Woah, sorry. A girl who looks exactly like you just walked in here. Was all deja voodoo here for a moment.”

She asked him where the other girl went; he pointed at the snack food section. “Hey, don’t do anything stupid, ‘kay? I don’t want trouble in my dad’s store,” he weasled out.

Yeah, keep that hope alive, mouthbreather, she thought, as she cracked her knuckles in anticipation.

Elizabeth flexed her fingers carefully. With the heat in the building still unreliable, she’d been forced to wear heavier clothing, but was unable to effectively bead necklaces without her fingers. She could already hear Max’s gentle admonitions, encouraging her to confront the building super, but she was fine. Nothing some good, fingerless gloves couldn’t handle.

Come to think of it, she was surprised Max wasn’t saying anything. He’d been quiet the day before, and perhaps he wasn’t up yet. Can ghosts get sick? she mused. Do they even sleep in?

As she pondered the implications of a ghost with the sniffles, she was startled by a shattering noise behind her. On the floor was the remains of Max’s favorite bone china coffee cup; his beloved wife had hand-painted on the cup a tree growing in a garden, and Elizabeth could just see the bottom of the tree on the largest shard.

She cleared her throat and looked around. No sign of Max to be seen. Slowly, deliberately, she called out, “…Max?”

She heard a clatter by the knife rack behind her.

The first rays of morning sun hit the spot where the nut had been planted, and Kadamb nodded appreciatively at the sprout that instantly poked through the dirt. In the span of two deep breaths, the sprout had grown to a seedling, now a sapling. In just a few more minutes, this great hickory would be the cornerstone and crown jewel of a new Garden, just as it had in all the many, many Gardens before. While its tremendous growth was not a surprise to the man, he did find the twisting of the tree to be unusual. It wrapped around itself, as if it were being unwound from underground – or perhaps rewound. He didn’t recall ever seeing The Tree twisting quite like this, and he wondered if it was an omen.

Kadamb took a deep breath, and sat down beneath the staggeringly beauty of The Tree continuing to grow. It wouldn’t be long, now. Perhaps another hour or so, and The Tree would offer its first fruits. He was ready; he needed knowledge. And this was the best – and first – way to get it.